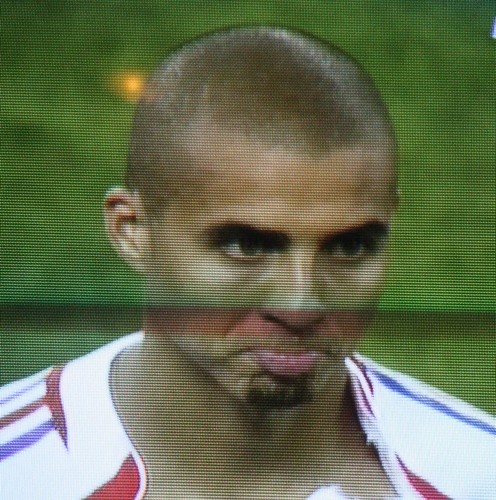 David Trezeguet recently announced that he would like to finish his career in the MLS alongside Thierry Henry. And that has left one Yank wondering is the American run soccer league going to be the new destination where fading European footballers go to die?

Maybe that isn’t the most flattering way of saying it, but I’m afraid it is true. Sure it’s better to have aging stars rather then no stars, but if the MLS was able to get some younger players of significant talent (even if they haven’t produced the type of careers that Trezeguet and Henry have) wouldn’t that be better for the league long term?

But then again the MLS desires name power in order to sell tickets and that is what the French duo could offer next season. The Juventus striker’s agent made this statement regarding his client’s desire to join Henry next season:

For the time being he will not move from Juventus because the coach needs him. Without a doubt David will respect his current contract. We have received several offers and the one the player likes most is that of the New York Red Bulls. There he will meet up with (Thierry) Henry.

So the good news for Serie A fans is that apparently Trezeguet is here to stay for now and the Frenchman looks to finish his Italian league career on a strong note this season following a disastrous season last year for the Juve boys. And one key is the health of the French striker. If Trezeguet can avoid the crucial injury bug then Juventus should make a title run this season.

But I wouldn’t bet on that happening over a 38 week stretch and the Serie A legend will likely finish the season with less then 15 goals.  But a move over to New York seems to be in the cards for next summer.  Stay tuned.