Tips to Winning the WC:#8 Acquire the Elite Keeper 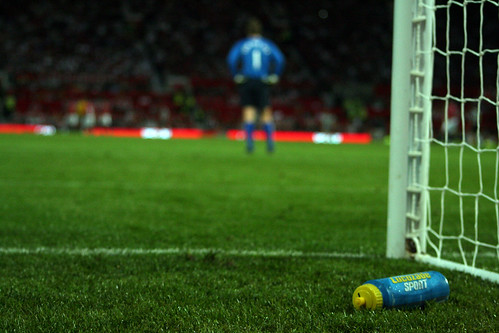 This one really isn’t a tip, but more of a blessing.

If a nation is lucky enough to have one of these few superstars inbetween the posts then it can make all the difference in the world to how well a team can do in the World Cup.  They say defense wins championships and in the World Cup it is no different.

Just ask the Azzuri about this notion in 2006 Germany when the Italians enjoyed one of the best defensive stands in FIFA history.  Gianluca Buffon went 453 minutes without conceding a single goal during that winning experience.  In other words the Juventus keeper didn’t allow a goal for the span of five straight matches.  And to win the FIFA World Cup a side is only set to play in seven matches, so I’d say when you get stretches that long that the position is a critical one.

And this year many of the teams that have elite keepers didn’t due as well as they would have liked (Buffon and Julio Cesar of Brazil are both already out heading into the semis), but both keepers had to battle many serious injuries and perhaps their lack of full health was the reason why their side’s couldn’t advance further (I know Italy has this as an excuse due to losing the defending champion keeper in their first match).  And the deeper your team makes it in the event the more the keeper will be challenged by tougher opponents.  Not to mention their is always the chance of a penalty shootout deciding your side’s fate as well.

In other words the keeper is likely the most critical position on the pitch and having one of the best in the world means that your team has a little bit of leverage against tough opponents.  Having the best keeper in the world doesn’t assure greatness, but it certainly makes your odds of winning that much better.  Just ask England national team fans what they think regarding the importance of a reliable goal keeper.