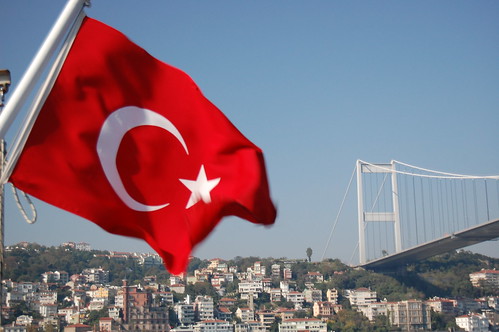 The Pick: Turkey is delicious. It’s my favorite lunch meat. Turkey is also a country. It’s not my favorite country (see name above) but it – like many around the world – has become permeated by soccer and produced great players. Hakan Sukur is my favorite Turkish player of all-time though, so I am adding a dash of him to my Top 100. He earned it with his most famous dash of all (aka “the Fastest Goal in FIFA World Cup History”), which only took 10.8 seconds.

The Flick: He scored 50 other (slower) goals for Turkey over 112 games (which is the most appearances for a non-GK in the nation). But who should play Sukur in my fictional bio-pic? This is a tough one. He spent his career scoring goals like a Turkish madman. Ah, Mad Men, I’ll have Jon Hamm with a side of southern cole slaw. That’s right. Coming soon to a cinema near you, Hamm will be basting defenders for Turkey’s national team on the silver screen.

The Limerick: If Bacon could sizzle in that starring antagonist role, I’d pay to see it!

Sukur was known as “The Bosphorus Bull”

Because he was best when push came to pull

He fought for Turkey

And he never ate beef jerky

Instead he dined on his ladies’ lunch meat by the mouthful