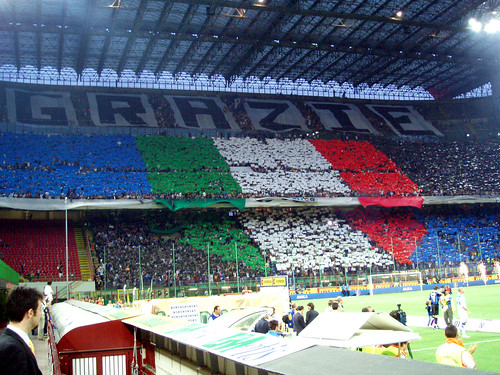 The Pick: Great men of the past are honored in the present when we name things after them. Giuseppe Meazza was so impressive on the pitch that the Italian people have run out of things to name after him. Awards? Check. Stadium? Check. Soccer moves? Yes, check mate. Meazza is still remembered today as one of the best Italian strikers ever even though there are few people left who were eye witnesses to his majestic marches to two World Cup titles with Italy.

The Flick: He also won three Serie A titles with Inter (or what they called Inter back then), scored 268 goals in 443 pro matches and put it past the keeper 33 times in only 53 games for the Azzurri. He was good, but could he have been better. Some historians of the game note that he loved brothels and beverages so much that he never slept in his own bed the night before a match, and he never showed up for the game until kick off. So, who is perfect for the part?

Mr. Sheen, your trailer is right this way.

The Limerick: Well, he actually looked more like Pacino in The Godfather! Hoooo-ah!

No, they played soccer barefoot, like Meazza the Italian meatball

Wait, was that racist?

It sure had no basis

He wasn’t as known for his meat as he was his Golden Ball.