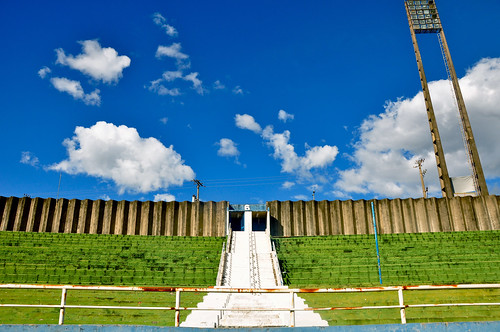 The Pick: I will admit that my rankings are flawed. I have to, I have Garrincha at #62. I suppose it’s because even though he was brilliant for Brazil in two World Cups (1958 and 1962), he only scored 12 international goals in his entire career. He did score over 200 goals as a pro, but he did it for a Brazilian superpower against a few suspect sides (and it took him +600 games to do it). So, even though he was one of the best ever, his stats have held him back a bit.

The Flick: In Hollywood, the only stats that matter are those at the box office. So, what guy puts in good performances but hasn’t found the right roles to put up big box office numbers? Plus, who looks like Garrincha? He was a weird one.  Hmm, how about Michael Ealy. After all, he was in Nine Pounds or whatever that Will Smith movie was a while back, and I have already cast the Fresh Prince as Jairzinho, Garrincha’s initial rival but eventual protege.

I think those two guys could do well together in a film about the 1962 World Cup.

But who would play Pele?

Ah, you’ll have to wait for that for a good while longer.

The Limerick: Garrincha deserves a better actor, but I only have time to spit this rhyme:

Garrincha’s play was so sexy that it sometimes drew catcalls

With him you couldn’t quibble

About his ability to dribble

Else he’d assault you with his giant Golden Balls