Sneijder Confessed of Having Anemia 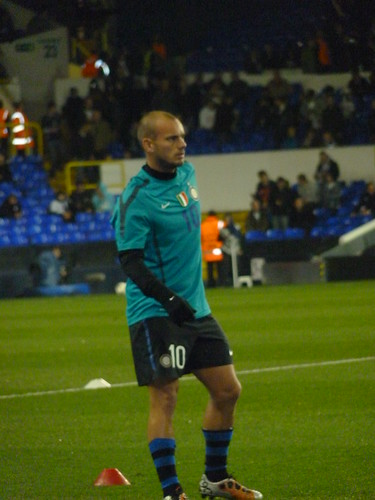 The riddle regarding Inter Milan’s midfielder, Wesley Sneijder’s, mysterious condition has got a clear explanation as the latest reports stated that the caused of his fainting during the half time break of Inter’s last match was because of Anemia.

Sneijder himself revealed this news in an interview with a Dutch newspaper, De Telegraaf, stating that the illness happened because his body is very tired with the tired schedule his been having.

I have anemia, but it’s nothing bad,” Sneijder stated. “The conclusion is that I am suffering from anemia and my body is tired. “

The midfielder also give a little explanation about what he felt before he fainted in the dressing room last Saturday, revealing that before fainting he had pain in all part of his body. Although already acknowledging that his body needs lots of rest, Sneijder said that it would be impossible to do at the moment considering his team’s condition that have already lost many players because of injuries.

“I started to shake throughout the first half. I had pain in every part of my body. “I visited the cardiologist to check the [blood] pressure. Then I went to Holland for a second opinion.” Sneijder noted. “I need rest, but now I can’t really abandon my teammates. We have too many injuries in midfield.”

Considering his condition, Sneijder is being left out by Rafael Benitez in Inter’s called up squad that set to face home team Lecce this Wednesday. However, the Dutch international is definitely being expected to make the line up in the Nerazzurri’s important Derby match-up next weekend where his team will challenge their neighbor rival, Ac Milan at San Siro.

Despite already giving a clear information about his condition, there’s still no official confirmation on how long should actually Sneijder gets a rest. Although, just like the player stated he won’t be getting much time off considering the tight schedule and injury problems that Inter are having, still it would be better for him to actually gets the proper rest his body needs.