Riise Recovers From Concussion, To Return Against Inter? 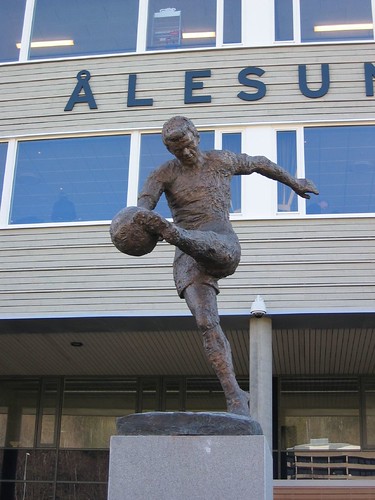 An exciting news arrives for As Roma fans as the club announced on their official site that their left back, John Arne Riise, has recovered from his concussion and is allowed to play again.

The latest reports from the media also claimed that the defender would already be available for the Giallorossi’s upcoming big match clash on Saturday against Inter Milan.

“AS Roma S.P.A. announce the player John Arne Riise has been subjected to diagnostic tests today at the Policlinico Gemelli Centre For Neurosurgery as a result of the head trauma suffered last September 6 with the Norwegian national team. Based on the clinical examination performed, authorization has been given to resume regular sporting activity,” read the statement on Roma’s official site.

Just as what the club’s site revealed, Riise was injured during his involvement with the Norwegian national team preparation for the Euro 2012 qualification in September 6. The player suffered a head injury after getting involved in an aerial battle during training with his teammates at the national team, Espen Ruud.

From the first examination that was done shortly after the incident, the doctors predicted that Riise would need at least 20 days to recover from the concussion he had. However, with the latest news from Roma, it seems that the former Liverpool player is recovering just a little bit ahead of the previous diagnosis as according to the first check up, the left back should return on September 26th or after.

Should Riise is indeed available for the clash against Inter, than Roma’s coach, Claudio Ranieri, would definitely feel relieve as he won’t be forced to makeshift Marco Cassetti from right back into left back anymore. Surely, the Norwegian international return would also make the Giallorossi’s defends line up looks more solid although his match fitness would be questionable as he hasn’t had playing time for about two weeks.

It would be interesting to see whether Ranieri would be brave enough to speculate on Riise’s condition in an important game against a side like Inter, which have a dangerous attack on their right side with Maicon. Playing an unfit player against the Brazilian international might be too much of a gamble for the former Juventus coach, although the Norwegian is still Roma’s best player at left back.