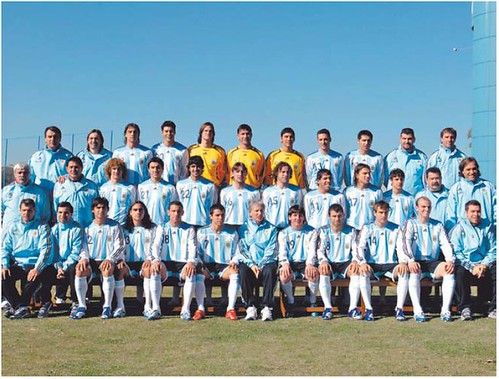 Interim Argentina national team coach Sergio Batista has one of the most stressful jobs in the entire world.  Batista not only has to replace Diego Maradona, a legend that was loved by his national team players and nearly all of his Argentine nation, but the new coach must also impress immediately.

Batista is merely the interim coach and that means that the title could be removed at any ill conceived moment.  And recently it is being reported that the Argentine Football Federation expects Batista to win both of his upcoming August friendlies in order to possibly extend the job to a full time post.

And what teams are on the new coach’s upcoming schedule?  Who other then spurned Ireland, who was handballed out of the chance to play this summer, and also the defending champions of the World Cup in Spain.

And talk about a tough task for a guy’s first month in the position.  Especially considering the fact that he is taking over a national team and coaching scheme that was possibly the most misconstrued of World Cup history.  Although Argentina did not do badly in the Cup they did enter the tournament with a long list of questions.  Maradona never settled on a formation heading into the Cup and he used a record of over 120 footballers to advance through the qualifying run.  And their fourth place finish in the South American division went down to the last few matches as well.

So in other words Batista has his work cut out for him and he needs quick results if he wants to retain the position.  Other potential candidates to replace Maradona full time are Estudiantes coach Alejandro Sabella, Claudio Borghi of Boca Junior, Carlos Bianchi, and Diego Simeone.  Bianchi and Simeone are currently not coaching a squad.