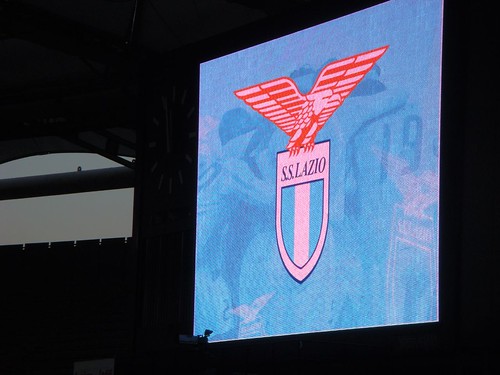 Lazio set to start their Serie A adventure in the hardest way as on Friday the Biancolesti will travel to San Siro and challenge last season Scudetto winner, Ac Milan.

Although on paper the Rossoneri are the favorite, the capital side’s coach, Edy Reja is confident that his team can give plenty of difficulties for the home team.

Moreover, Reja also promised the fans that Lazio will not be making the same kind of defensive approach they made last season especially since the coach believes that his team’s attacking force are much more stronger this season. The arrival of two experienced strikers such as Djibril Cisse and Miroslav Klose, simply gave Reja the confidence to play an attacking football against the aggressive Rossoneri, who also have world class attacking talent on their squad.

Milan have incredible potential, but we have the quality to do well. We have some excellent attacking options available to us which can cause Milan some difficulties. Our approach to the game will be different from last season. We’re more attacking,” Reja stated. “Miroslav Klose and Djibril Cisse are class players and we have a quality squad. If we’re focused then we can cause Milan some problems.”

Although he is confident with his team’s chances against Milan, in truth Reja admitted that he would rather his team starts their season against Chievo instead of challenging the Italian champion. As many acknowledged, this weekend’s Serie A fixtures are supposedly matches set for the second week, but since the players association ordered a strike, the first week league game in Italy were all suspended.

“I would have liked to start at the Olimpico against Chievo. However, this game can provide us with some answers. It’s an important test that will help us understand what we can achieve this season,” Reja added.

It would definitely be interesting to see whether Reja would really play an open game against Milan at San Siro as leaving up spaces against a quality side such as the Rossoneri could really put Lazio under big problems. However, should the capital side are really serious with their attacking plan, than football fans would be in for a fascinating opening day in Serie A next Friday as two quality teams are set two produce offensive football for 90 minutes.