Guidolin Would Turn Down Azzurri job for Udinese Stay 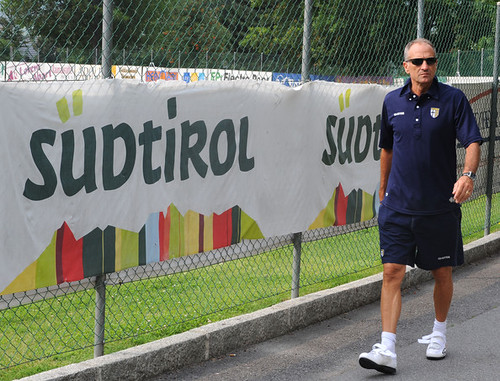 Udinese’s tactician, Francesco Guidolin, closed down rumors stating he might be given the Italian national team job if Cesare Prandelli does decided to join Inter Milan after the Euro 2012, by stating he wants to remain at Friuli.

Guidolin revealed that with his current health situation, it’s better to simply focus in giving his best for the Zebras, instead of taking a big and difficult job such as managing the Azzurri.

“I don’t think that can happen(getting the national team job offer), but if it did then I would thank the Federation and decline, because I am thinking about my Udinese and my own health. I’d consider all possibilities, of course, but would give the priority to this club,” Guidolin revealed. “Right now I am concentrated on the end of this season, because it’s not often that Udinese can reach the Champions League for two years running.”

Guidolin himself is currently busy in trying to get his side performance back to their previous best as the race for third place simply gets tougher, especially after Udinese were beaten by Inter Milan on Wednesday. That defeat puts the Friulani dropped to fifth place and even their point are now being leveled by Inter, which are sitting just below them, obviously not a pretty suitable situation for Guidolin’s boys, especially if they can’t get their consistent form back.

The tactician himself is pretty well known in Italy, so it’s not a surprise if he is actually being offered the chance to take the national team, should Prandelli really leaves this summer. Guidolin actually starting to caught the eye after doing a fine job with Bologna few years ago and after several not so successful experience, his name received many highlights again after successfully leading Udinese into Champions League qualification last season.